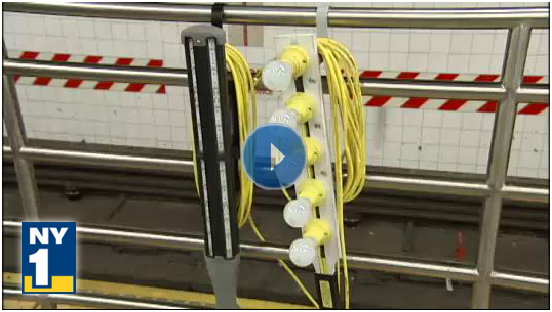 “It’ll last about 20 times as long, it will provide twice the light output to what they’re currently using and it’ll do it at a lot lower temperature which means it’s a much safer product for the people who are working there, for the people commuting,” said Clear View Plastics Vice President Daniel Lax.

Read MTA’s Press Release: Each Trip on the MTA Keeps More Than 10 Pounds of Carbon Out of the Air